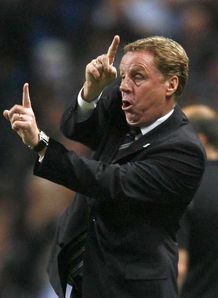 The Anfield outfit are searching for a new man at the helm after Rafa Benitez’s six-year reign was brought to an end by mutual consent on Thursday.

And Spurs boss Redknapp has emerged as a leading contender for the Reds hierarchy as they aim to bring stability back to Merseyside.

Liverpool legend Kenny Dalglish and managing director Christian Purslow have been charged with the task of identifying and selecting a replacement.

Dalglish knows Redknapp well having brought his son Jamie to Anfield in January 1991 when he was at the helm of the five-time European champions and the two families have been close ever since.
Reputation

Redknapp’s reputation as a transfer market wheeler-dealer has made him an attractive option for Liverpool, who are heavily in debt and could have only £5million to invest in new players if they do not trim their squad this summer.

The former Bournemouth, West Ham, Southampton and Portsmouth manager has transformed the fortunes of the White Hart Lane club since replacing Juande Ramos in October 2008.

Redknapp his since guided the club into the top four of the Premier League – ironically at the expense of Liverpool – and they have the prospect of UEFA Champions League football to look forward to next season.

Spurs would be loath to lose the services of Redknapp, who has been granted an impressive transfer budget during his time in North London, and are sure to fight hard to keep the 63-year-old.

Redknapp has only one year remaining on his current contract at White Hart Lane and talks over a new deal are yet to take place.

Now my view on this is almost laughable, why would Redknapp want to leave a top 4 club for a mid table side?. If the reds do decide to make a move for the Spurs boss I fully expect Harry to tell them thanks but no thanks.