Oh god, is this going to be our marquee signing that we have been promised? the one player that would push us onto the next level, a Liverpool bench warmer. 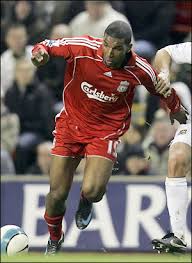 Sky Sports have reported that Ryan Babel has flown by helicopter to London for talks over a £10million move to Spurs, yes you hear right, if it isn’t bad enough we are buying him we are also prepared to shell out £10million.

There’s no doubt that on his day he can score a goal that can win us the odd game or two but having watched him for a few seasons now he seems to be one of the most inconsistent players I have ever seen.

On a plus side he was always regarded highly in Spurs and there is a chance that under Benitez that he just wasn’t managed right and maybe Harry can turn around the players fortunes. However you have to wonder with the arrival of Hodgson if Babel is a decent player then why has Hodgson decided to let him go so soon. Maybe Roy has seen what a lot of us suspect, that Babel just isn’t the class act many thought he would be as a youngster.

So after hearing this and after all the hype, personally I would give anything to be linked with Scott Parker again instead of Babel. However I will and do trust in Harry.

Liverpool have had a bid of £9million for Carlton Cole which means that Babel could also possibly be moved to West Ham as part of the deal and more than likely that will be the outcome. If Cole is going to Liverpool it means West Ham could command Babel on a season long loan due to limited time to find a replacement.

Remember you can watch the last hour of the transfer window in the forum, just sign up or login.

One Response to “Ryan Babel Flies To London For Talks”