The big question now is, who will be next? There have been rumours that Franco Baldini flew in to Amsterdam today with Daniel Levy, to discuss a deal for Ajax star Christian Eriksen. 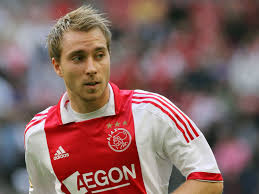 Spurs have offered €8.5 m for the Danish playmaker, who has less than a year left on his contract, with the Amsterdam club.

Ajax have an asking price of €15 m, but with such a short amount of time left on his contract, maybe our new best friend Daniel Levy, can work his magic, and get the Danish star, for a bargain price.

To mention, that Christian is only 21, and already has 37 senior caps, for his home nation Denmark, and 161 games for the Dutch giants Ajax, speaks for itself. Scoring a total of 36 goals for club and country, is indeed a benefit for us, but its his skills with the ball, that can deliver silky smooth through balls, to our new front man Roberto Soldado, that can really show the rest of Europe, that we are not only a title contender at home, but also in the UEFA Champions League next season! ( cocky? no.. realistic? YES! )

This being without a doubt, a transfer window that any major club will envy. The leadership of AVB, that’s finally getting his second season in the same club, will really show how the Spurs Will Go Marching In!

But if not Eriksen, who would you like to be Spurs next signing? Mata? Hulk? Leave your comment below!!