The more and more I see Younes Kaboul play for Spurs the more and more his displays impress me. He seems to be developing and maturing into a fine defender. There is no doubt he still has a way to go but he has all the basics and things that held him back during his first spell at Spurs seem to have been eradicated from his game.

I think the Spurs fans first took Kaboul serious last season during that crucial Manchester City game when Kaboul had a fine game and even set up Crouch for the winner. Since then he has played centre half or right back whenever asked by Harry and make no mistake it is not easy changing your position every week. I think he has done this well and can be proud of his performances, he seems to make very few mistakes these days as his maturity to the game is coming to light. 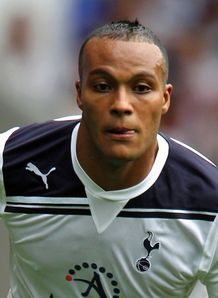 Younes Kaboul will still improve his game and could well be a top defender in time. Younes was happy to be back in the Spurs team after returning from injury, he said:

“I was very happy to start the game, even though it was a bit difficult because I hadn’t played for a month,” Kaboul said on Spurs’ official website.

“I thought we did well defensively but we couldn’t win. I thought 1-1 was a fair scoreline and now we have to concentrate and focus on the next game.”

So what’s your thoughts on Kaboul, are you glad we signed him back off Pompey or would you rather we have left him there, personally I prefer him at right back than Corluka but I also believe that with the right coaching he can even be a very good centre back.

Now some of you might agree with what I am about to say and some of you probably won’t but as always I would like to hear your comments below.

Last season Aaron Lennon was nothing short of amazing for us, teams were having to double up on him in an attempt to keep him quiet. All was going well until his injury which kept him out for a few months. Since coming back towards the end of last season he has not been the same player. He had a poor World Cup and still hasn’t been as good as he was last season for us. Lennon seems to be lacking confidence in taking on players, something that used to come to him naturally but this season he seems to be looking for the simple pass. I have heard some fans say that at the moment Lennon is cheating in the Tottenham team and not pulling his weight, he only seems to be interested if he has the ball at his feet. It is a mixture of these things which has seen Redknapp drop him to the bench in recent weeks, a player that was once a dead cert to start now has genuine concerns of being left on the bench.

There is one thing that has come out of this and I would love to hear if anyone else has noticed this or if it’s just me being deluded. I have noticed that his crossing seems to have improved, maybe because he is not running at pace so much which means he has more control over his crosses. He has put in a few lovely crosses for Crouch recently and put in an absolute peach the other day. Also his crossing with his left foot seems to have improved no ends as well, he seems unfazed on whether the ball is on his right or left.

So a few negatives and a positive in my book, but for me I want Lennon to be the player he was for most of last season, because now we have Bale on the left if Lennon could rediscover his true form then teams would really fear us.