Confirmed reports have just been announced that Sir Alex has dropped Wayne Rooney from his squad to face Everton today at Goodison Park. It seems as though Rooney would have been targeted by the Everton fans for abuse during the game after revelations of affairs in his private life.

Sir Alex has taken the decision to protect Rooney from the onslaught and removed him from the squad just before kick off, whether Rooney has asked to be excused we do not know.

Rooney left Everton to pursue a career with United and there are fans who still remember this and would have relished the chance to verbally attack Wayne today. Rooney is mentally at an all time low and Sir Alex is probably doing the best thing for Rooney. What Wayne needs to realise in the future is that he is a professional and his private life will interfere with his career, his decisions over recent months may now cost his team 3 valuable points today.

Following the revelations in Rooney’s private life, Everton away was probably the worst game imaginable for the lad and Sir Alex, I would imagine that once this one is out the way then it will be business as usual for Wayne.

The 28-year-old will not have his Chelsea

contract renewed this summer and a number of clubs have been chasing his signature. 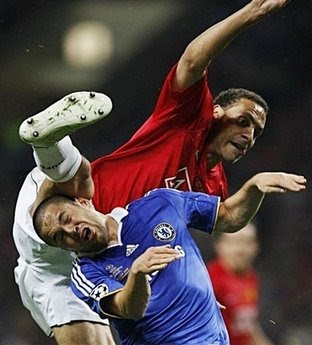 has confirmed that he would love to see the midfielder move to Spurs, while Arsenal and United are also thought to be trailing the England international.

But while Redknapp wants Cole at White Hart Lane,

he thinks the Red Devils may have already won the race to sign him.

“I’ve got a feeling that it might have been done (for Cole to join United),” he said.

“It wouldn’t surprise me in the least. Joe’s not wanted to speak to anybody and his people have been saying ‘let’s get the World Cup

out of the way first’.

Cole has been the subject of much debate in recent days as he has yet to make an appearance for England in this summer’s World Cup.

Taken from the Sky Sports interview, hope it’s not true, I like Cole and was hoping for a bargain free transfer. Really thought Harry wouldn’t let him slip through the net, but who can turn down Fergie? Still, while there’s Arry there’s hope.