Tottenham and AEG, the American operator of the O2 Arena, have teamed up to mount a surprise joint bid to lease the London Olympic Stadium after 2012.

The bid was submitted on Thursday, the deadline for applications and the same day that the Premier League club was due to hear whether its plans to redevelop its existing White Hart Lane ground in north London had been approved by the local planning authority, Haringey council. 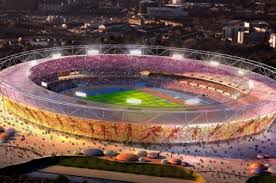 Tottenham had been sniffing around an Olympic stadium application for some months and it’s joint bid may be seen by the council as a tactical lever in the club’s protracted White Hart Lane redevelopment negotiations.

Given the huge amount of time and money the club has invested in these plans, staying in Tottenham remains the club’s priority. But even if the council approves the scheme, the club must still overcome several hurdles, including approval from the London mayor and the government. It must also raise about £250m for the scheme.

The Tottenham-AEG bid for the Olympic stadium, said by a club insider to be “a sensible back-up option” to White Hart Lane redevelopment, means the Olympic Park Legacy Company (OPLC) – the government agency responsible for the post-2012 future of Olympic venues – has rival and similar-looking applications from Premier League clubs to consider.

West Ham United, which regards itself as the obvious choice of tenant because of the proximity of its existing Upton Park stadium to the Olympic Park, has the backing of Newham council.

Tottenham and AEG’s plans involve converting the 80,000 Olympic stadium into a 60,000-seater venue for football, as does West Ham’s application. AEG, the Los Angeles-based sports and entertainment business, would manage the venue, including arranging naming rights and premium seating and other stadium uses including concerts and athletics.

Each of the Premier League clubs’ offers have pros and cons. While West Ham would be able to point to local backing, it has debts of nearly £100m and is struggling to bring in new investors.

Tottenham, owned by billionaire currency trader Joe Lewis and chief executive Daniel Levy, reported a £33.4m pre-tax profit for 2008-09 and the partnership with AEG may give the OPLC greater comfort about the viability of the £550m stadium beyond 2012. The Olympic stadium conversion costs are in the region of £150m.

Although West Ham discussed a joint bid with AEG, the two sides failed to reach agreement because of “personality issues”, said one person familiar with the talks.

But the OPLC intends to sign a lease agreement by the beginning of next April and, given Tottenham’s ongoing redevelopment plans, it will need to establish just how serious the club is about taking up the Olympic stadium lease.

Although the OPLC is at arms length from the London 2012 organisers, AEG is well known to Olmpic officials. The O2 will be the venue for Olympic gymnastic events and the basketball finals and will be rebranded the North Greenwich Arena for the Games.

So are we really keen on a move to the Olympic Stadium or are we just keeping our options open? West Ham remain fim favourites to land the Stadium after the 2012 games and as a Tottenham fan I would hope that there is no chance in hell that we would get it, it would mean relocation and in turn moving from White Hart Lane which would kill part of our history.

I think that there may be truth in this but I also believe that it is a backup plan in case there are any problems with the proposed redevelopment of White Hart Lane, even if we did have to play at the Olympic Stadium then it would may well be temporary until White Hart Lane is complete even though the current plans allow for us to stay at the Lane while work is underway. The deadline for any bid to take over the stadium after the games was today (30th September).

Credit to The Financial Times for most the article.

Was browsing around Youtube and I came across an interview with new Spurs signing Sandro, I don’t know if many of you have seen it but for those of you who haven’t here it is.

He looks decent enough, let’s face it if you play for Brazil you can’t be too shabby can you. He seems keen to join us which makes me like him even more. He goes on to say that he will always give us 100% and was happy to see us finish 4th last season. I just hope he is the real deal and not another over hyped youngster like KPB. He plays the defensive midfield role which you would think that Harry has no plans to play him alongside Palacios, so is he going to be backup or can he actually offer something different?

The midfielder has signed a five-year contract with Tottenham Hotspur and will join the club once Internacional end their run in the Libertadores.